Forty winks is an idiom meaning “to get some sleep”. While our onsite produced Bourbon & Whiskey are resting (aka taking 40 winks) we will be offering a series of small batch releases that we have personally selected, finished and bottled for our customer’s enjoyment. 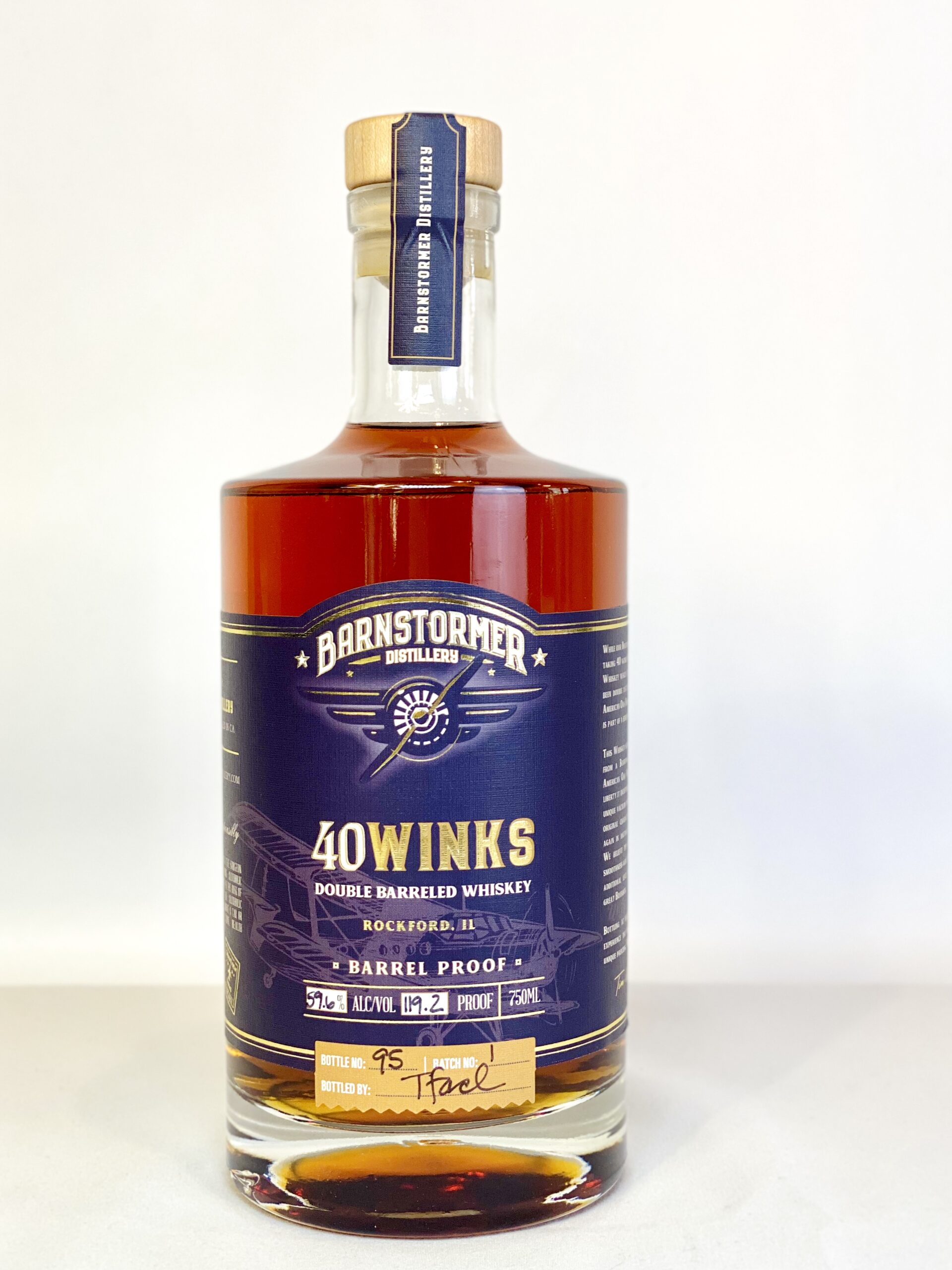 It’s a Whiskey which is distinctively different as it’s been double distilled & double barreled in New American Oak Barrels.  This Whiskey started out as Bourbon, crafted from a Bourbon Mash and aged in a New American Oak Barrel.  Taking some creative liberty it underwent a second distillation using a unique vacuum distilling method to maintain its original character profile and then barreled again. The second barrel is made by the Kelvin Cooperage using Minnesota American Oak. We believe the second distillation created a smoothness while the second new barrel added an additional level of complexity to an already great Bourbon. This first release is bottled at barrel strength allows you to experience the full flavor and aroma of this unique process.  ENJOY! 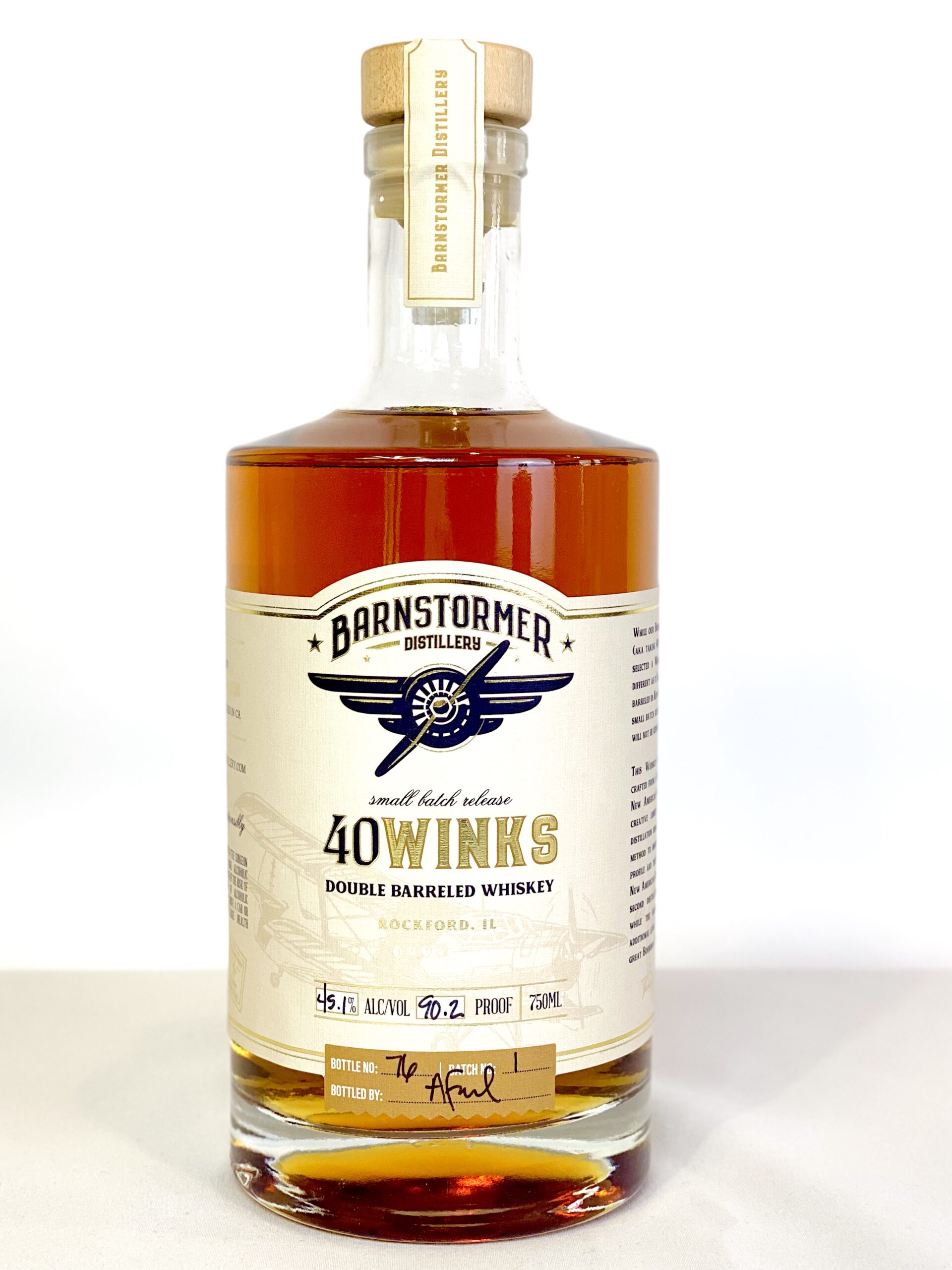 It’s made with the same unique process as our Barrel Proof version and then the proof is adjusted to near 90 Proof. This limited release is perfect for those who do not want the higher proof of the original 40 Winks Whiskey. The lower proof brings out an entirely new set of tastes with Maple syrup undertones. This release is bottled at near 90 Proof and allows you to experience an entirely new taste and aroma from this unique process.  ENJOY! 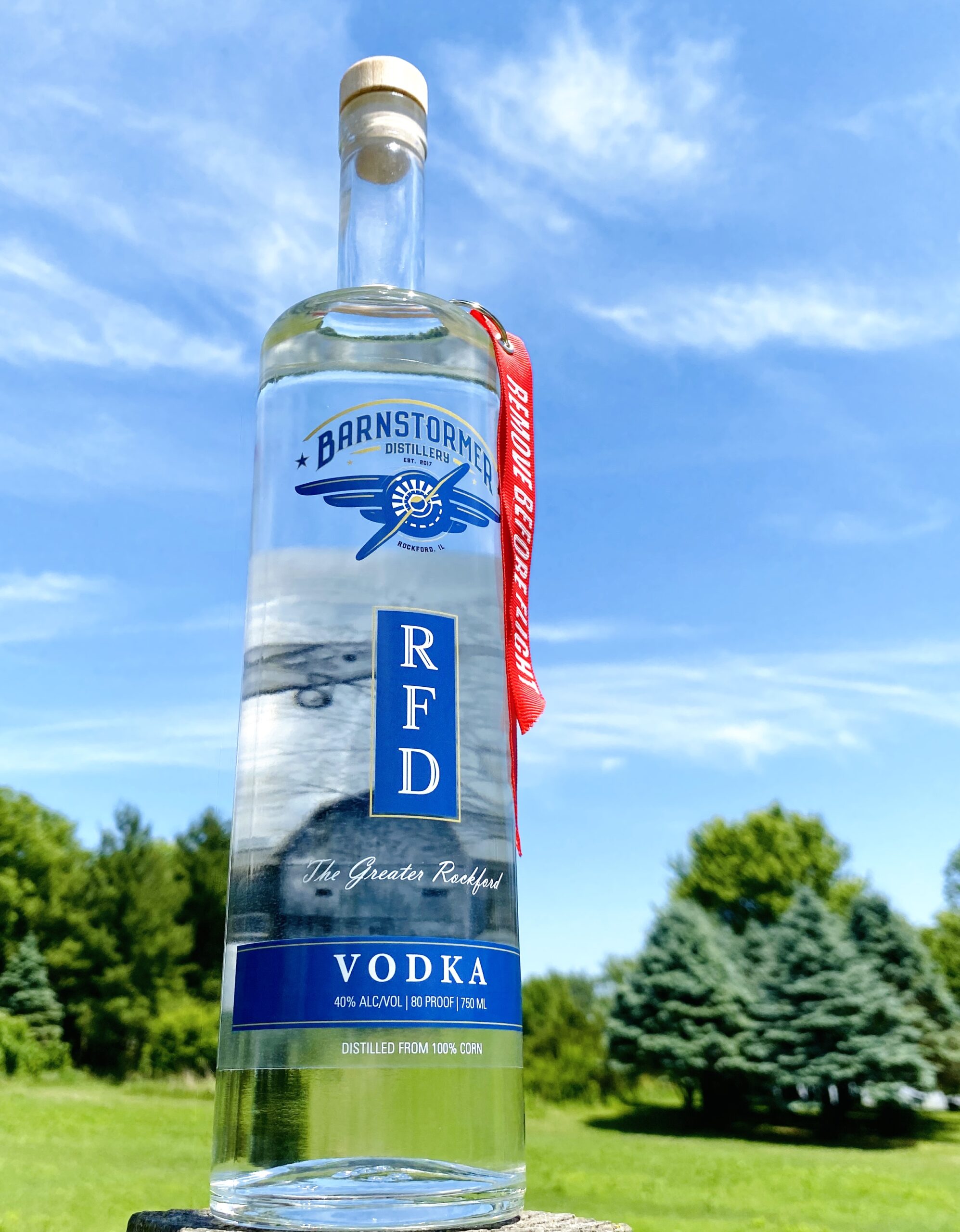 
RFD Vodka is named after the Rockford airport (the Former Camp Grant) which the distillery overlooks. The crystal clear product starts with 100% corn which is multiple distilled, using a Column Still and then sent thru our onsite Bain Marie Still to control time on copper for a clean finish. The Vodka is then filtered using coconut shell activated carbon which “softens” the distillate and creates an even cleaner finish. We then “proof” the spirit to 40% alcohol by volume.

The RFD “From the Farm” Vodka Series highlights the flavors that are found in the Midwest and more specifically on our specialty crop farm. Our Cucumber Flavored Vodka is created by cold distilling under vacuum using fresh cucumbers grown on our farm. This process results in a fresh, clean and crisp spirit as no artificial flavorings or added sugars are used. 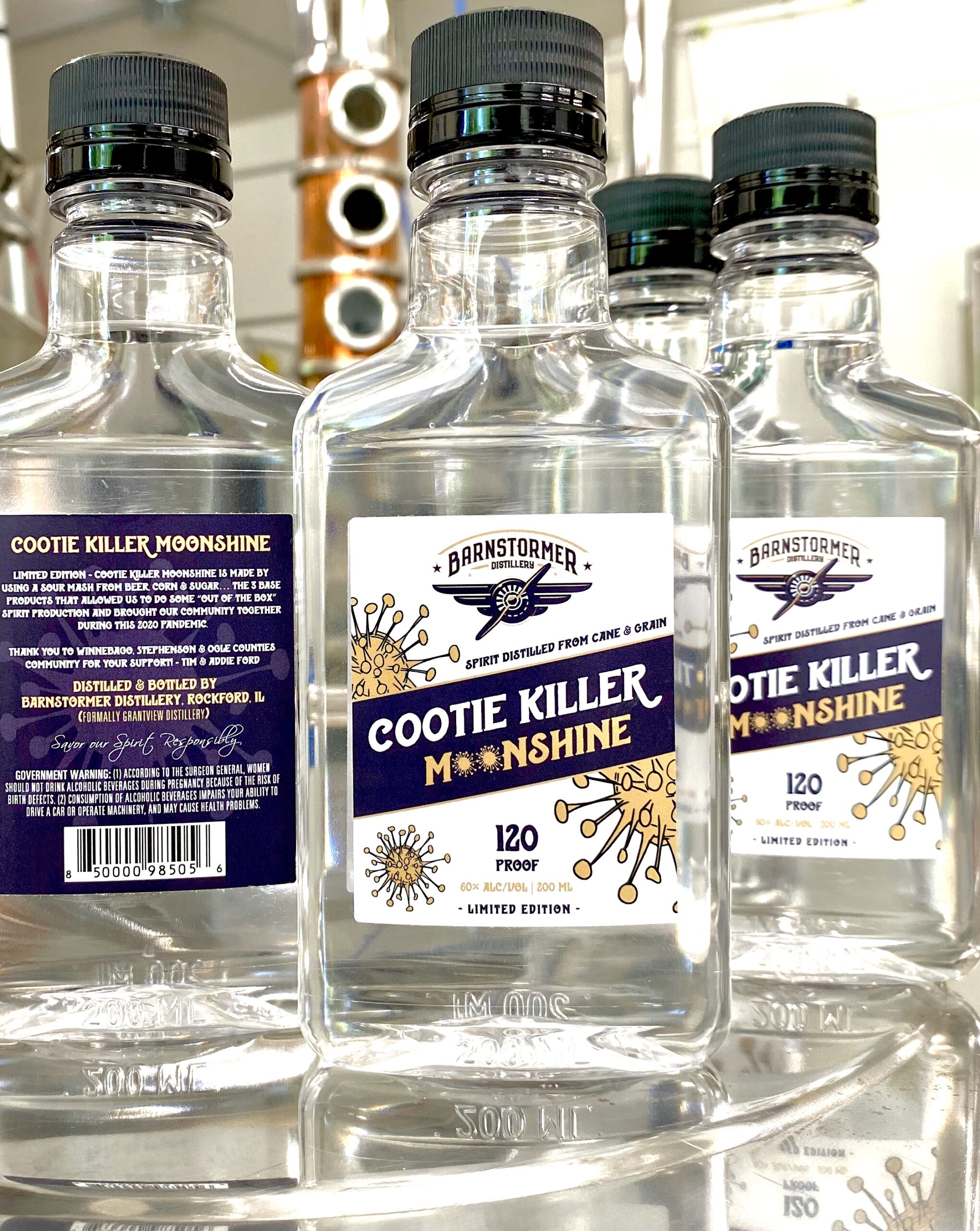 The COVID 19 Pandemic of 2020 effected virtually every person on the face of the world in one way or another.

After months of stress and hardships, we decided that people needed 2 things, a change and a good laugh.

So first, Barnstormer Distillery decided to take the experience gained in producing hand sanitizer and use some to think out of the box thinking to create a new limited edition special moonshine different from anything currently on the market. And secondly, give it a fun name to hopefully put a smile on your face.